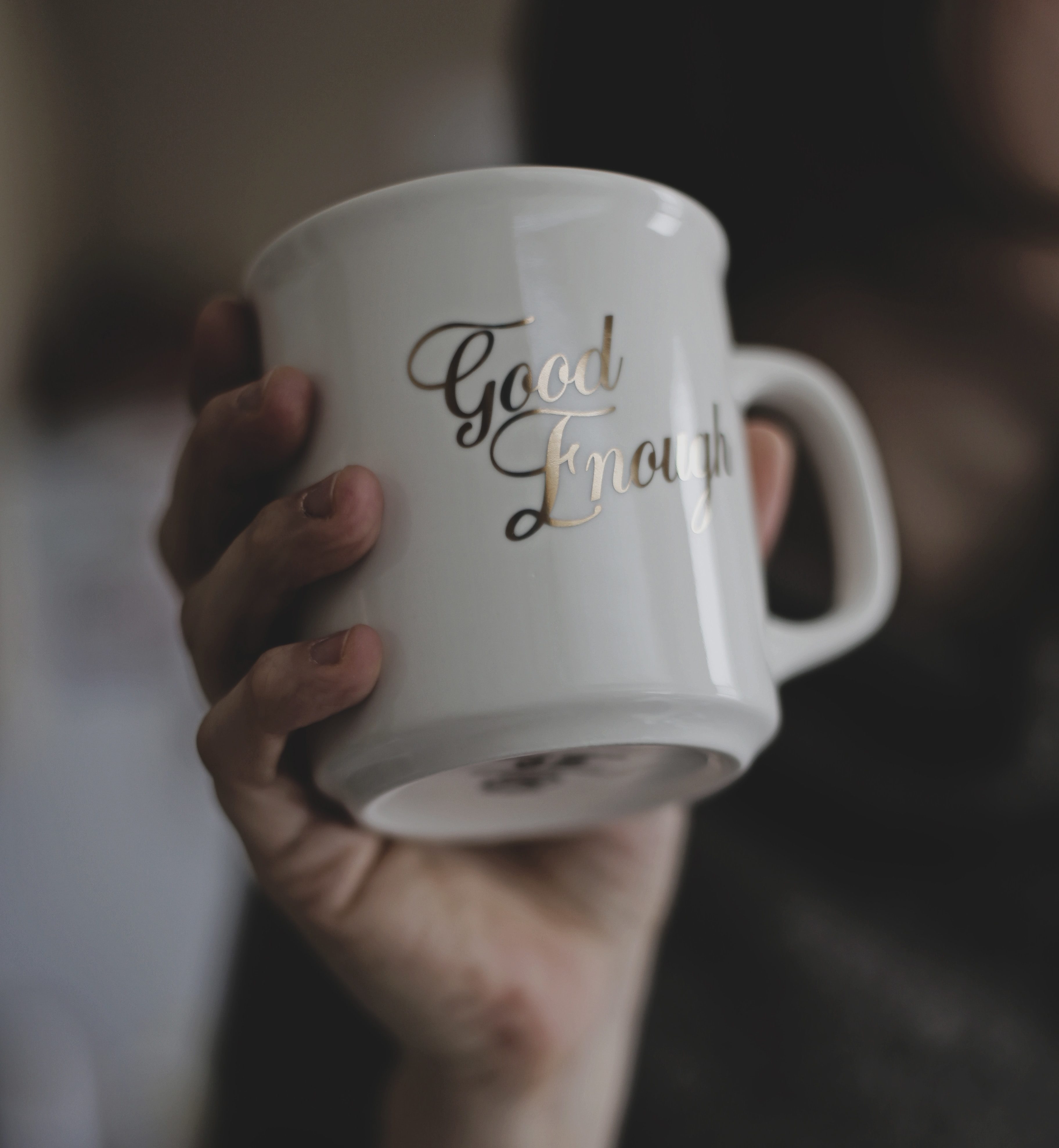 Peace for the Perfectionist

There’s a cartoon on the wall in my counselling room. It shows a woman in therapy and she is saying: “I’ve always been a perfectionist – just not a very good one.” It’s only funny if you know a perfectionist, or you are one. Even then I can’t help feeling it is just a bit sad.

How do people get so obsessed with being perfect, that they see anything less as failure? So many people, especially performers, suffer from this harsh form of unhealthy  perfectionism, where an inner critical voice is constantly judging you, and finding you lacking or not good enough. It’s a horrible way to live, and perfectionists are rarely happy. Even when they do achieve undeniable success, by passing an exam or being offered a role after an audition, they frequently refuse to recognise it. It’s described as a fluke or  the director just took pity. Even worse, the achievement kicks off a whole new round of anxiety about not doing so well in the next exam or audition. It would seem there is no peace for the perfectionist.

Is there a choice?

So why be a perfectionist and is there a choice? It is true that many perfectionists claim they have always been that way. But in fact perfectionism is a defence  developed to counter not feeling good enough. A way of trying to cope with low self-esteem by continually seeking excessive external validation.  Perfectionism may have adopted because of excessive praise early in life  for doing something apparently well, such as dancing or singing. Or it may be an adverse reaction to a strict exam based school system. The voice in the head of the perfectionist which says they have not done well enough might be a version of a particularly demanding teacher, or an over ambitious parent. Where ever it comes from, perfectionism brings with it a fear that abandoning it with lead to a slide into sloth, laziness and failure. So this distorted belief often has to be tackled before the behaviour.

The truth is that perfectionism rarely improves performance, in fact more often it makes it worse. It adds a layer of anxiety and stress that distracts from the task or challenge ahead. It can also turn high achievers into procrastinators, who hesitate to start a task in case they cannot complete it perfectly. Perfectionists also find it difficult to prioritise tasks, and let more minor tasks “go.” When everything has to be given the same degree of focus and dedication, it is exhausting and extremely stressful.

Only when perfectionists acknowledge and accept these drawbacks to their behaviour, can they begin challenging and changing it. This can be a long and difficult process of trying to introduce the idea of “good enough” and letting go of some tasks. It also involves a re-evaluation of  skills and positive qualities that exist without frequent external testing. Hopefully it leads to a recognition that you can work hard and do well without being a perfectionist.

As this change can be a long process it sometimes works better in counselling, although there are a wealth of self help books on the subject.

The one thing that perfectionists rarely lose is the ability to spot another perfectionist. As another cartoon on my wall states: “Snow White is the fairest in the land, but she runs 25 miles a week, spends hours in the gym and eats nothing but rice cakes and salad!”

If you want to discuss any of the issues mentioned in this article, or any others that are distressing you, please fill in the contact form for a free assessment.

I can meet you in comfortable counselling rooms in Brighton and Hove, East Sussex, at a time convenient to you. We can arrange an initial session to assess the issues you want to focus on. Usually we then book a further five sessions before a review.